Angels are blowing trumpets 🎺 of victory for you. Your coming success is about to embarrass your enemies and turn your mockers to your admirers – “Pastor Alph Lukau” 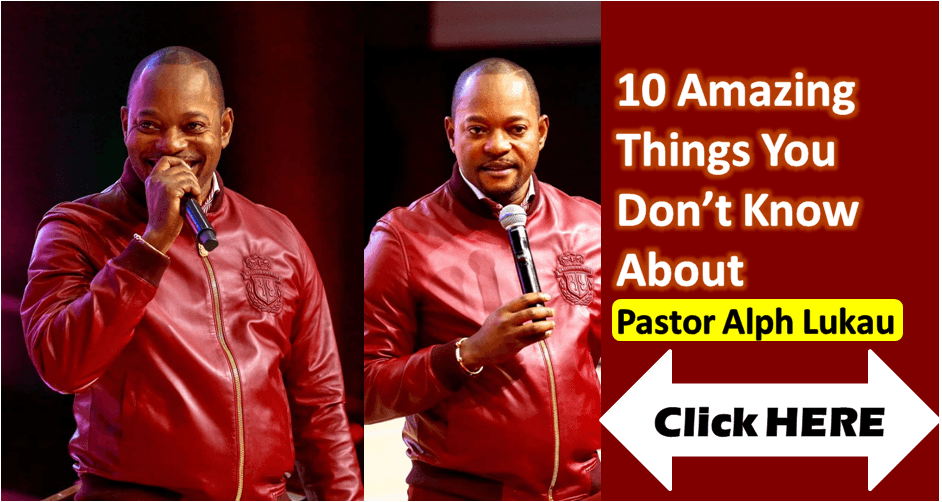 2. The man of God is reported to be able to heal any kind of illness brought before him. In fact, the man of God himself claimed that he could raise the dead.

3. According to Alleluia Ministries’ website, Pastor Lukau is also a Bible scholar, coach, mentor, and spiritual father to many followers.

4. The church has grown significantly since then and now boasts hundreds of thousands of members across many branches in several countries like South Africa, Zambia, Namibia, Democratic Republic of Congo, Angola, Europe and even in South America.

5. In addition, he is an entrepreneur. His wife, Celeste Lukau, serves with him in his Johannesburg-based church. The couple reportedly donate to charity regularly.

6. Pastor Alph Lukau recently shared a controversial photo of himself disembarking from his private jet. Also, apart from his Rolls-Royce, he also has a Range Rover and a top-of-the-range motorcycle.

7. Pastor Lukau’s never fails to dazzle his congregation with his expensive rides and once in a while, he makes a grand entrance to his church, complete with a convoy.

8. The man of God always takes time to travel in style with various expensive rides like this sparkling Bentley owned by him. Even more, he always flaunts off himself as he travels around the world. His attires and poise carry such glamour that it is easy enough for him to make a prayer point out of it.

9. South African pastor and general overseer of Alleluia Ministries International, Alph Lukau, is said to be the richest pastor in the world, with an estimated net worth of $1billion.

10. Alleluia Ministries International has TENS OF THOUSANDS of members in Africa, Europe, and South America.