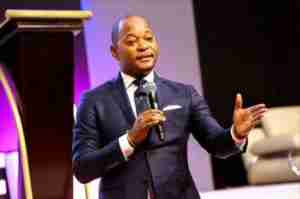 Don’t talk yourself out of your dreams. God didn’t bring you this far to leave you. You may have big obstacles, but we serve a big God. Your enemies may be powerful, but our God is all-powerful. You may not have the connections, the resources or the talent, but God can do the impossible.


Put away your doubt, put away your fears.Those things are not of God. Stand on truth, live by faith, believe and be excited about what God is doing now and will continue to do in your life. We don’t have to live in the impossible because we serve a God that makes all things possible.

God doesn’t promise us an easy life. But He does promise to be with us always. When we walk through the fire, when we go through deep waters, He will sustain us. His love is unfailing, unending and unconditional.

The Zimbabwean man, Brighton ‘Elliot’ Moyo, who was reportedly ‘raised from the dead’ by a South African pastor, Alph Lukau in February has died again and buried.

Pastor Lukau took the world by storm in February when a video of his resurrection of Moyo from the dead went viral on the internet.

It was later discovered that the purported resurrection was stage-managed and Lukau had to apologise for the dastard act.

According to local publication, H-Metro, as quoted by iharare.com, Brighton died last week in a village called St Luke’s in South Africa.

Unfortunately for Brighton, there was no resurrection this time and he was buried on Saturday. He is survived by his wife only as they had no children, a close family member who spoke to H-Metro said,

It was gathered that his stomach started swelling and did not stop for three days and on the third day, he died.

According to other reports, when Brighton joined Lukau’s Alleluia Ministries International there were reports that he was HIV positive and that he had kidney failure and he also had TB (tuberculosis).

When reached for comment, officials from the church stressed that what happened in February was not a miracle.