.
Pastor Adeboye disclosed how he was transported to heaven in a vision that changed his attitude about holiness in 1976.
.
“We went to a conference of Pentecostals in Kenya. All the big names in Pentecostalism gathered in Kenya. I wasn’t invited, but I got the information, and I went because I was hungry for God.
.
“So, I was there. Towards the end, we had a closing program called meditation. Somebody was playing the guitar, singing songs and the rest of us were praying in the spirit. It was an awesome period. I was praying, and all of a sudden, I was transported to heaven.
“It was an open vision as they would call it because I wasn’t sleeping. I found myself in a huge room like a dome, very huge. There was someone far away, sitting on the throne. Very far away; very difficult to describe. 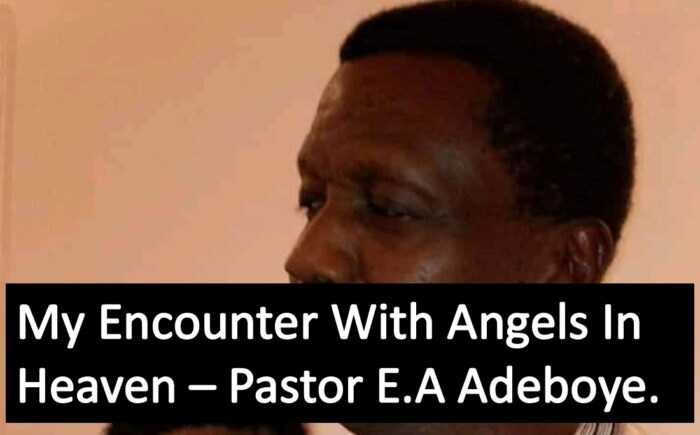 .
“There were angels on both sides: on my right were angels; huge things. Millions of them on my right, millions of them on my left. And they are not white, it’s just that there are no words to describe them. The closest I can get to describing them is when you put clear water in crystal glass. We don’t have the word for describing that type of colour.
“It was like I was rooted to a spot. When I turned to the right, the angels moved back; when I turn to the left, the angels moved back. And I saw someone far away on the throne there. Nobody said a word. All of a sudden, it occurred to me to take a look at myself. And I saw myself naked; completely naked, covered with all kinds of rubbish as if you have just pulled out somebody out of the sewage system.
“With that, I understood why the angels were moving away. Nobody said a word, and suddenly the vision vanished. And I said to the Almighty God when I would be returning to that throne room; I wouldn’t come dirty.
“That is the reason I preach about holiness in all my sermons.”
.
So ingrained in him was the need for holiness that in the early years of his leadership of the church, he outrightly rejected advice to dump holiness and righteousness for prosperity messages.
.
He shared the story in one of his testimonies.
Hebrews 12:14
Follow peace with all men, and holiness, without which no man shall see the Lord: